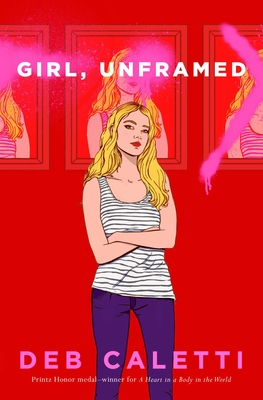 Sydney is the daughter of the famous Lila Shore, an actress who did an iconic sex scene. Sydney lives most of the year in Seattle attending a private school, living in a dorm, and visiting her grandmother. But over the summer, Sydney heads to San Francisco to spend months with her mother, who never seems to actually have time to spend with Sydney. Lila lives in Jake’s house, dating him and staying for free. It’s a house near the beach with cliff views, a house that is often fogged in, a house full of secrets and violence. Jake pays a lot of attention to Sydney, as does a construction worker at a neighboring house. Sydney is creeped out by the sudden attention to what she is wearing, how she looks and innuendos about what she does. However, she doesn’t mind the attention from Nicco, a sweet boy she meets on the beach, who captures lines and moments from each day in his journal. As the summer goes on though, the tension grows towards a foreshadowed tragedy that is almost inevitable.

In this slow burn of of thriller mystery, Caletti focuses on how unwanted male attention impacts teen girls, both in the way they act but even more importantly on the way they view themselves. With an even brighter light than our general society, Caletti uses the intensity of fame to capture society’s objectification of women and finding value in the physical rather than the internal.

The book works on several levels with the thriller being steadily foreshadowed by the court documents listed at the beginning of each chapter. The mystery of what happened, the steadily build of tension, and the intensity of the revealing scene. It also works as a deep work of feminist literature, insisting that the reader notice what is going on, notice the impact that male attention has, and notice that something must be done to change this.

An intense feminist novel for teens that insists on being noticed. Appropriate for ages 15-18.