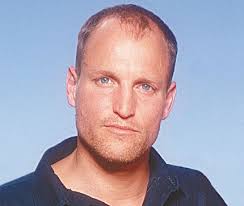 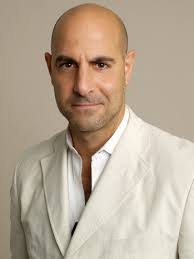 The Hollywood Reporter has the news that Woody Harrelson has been cast as Haymitch in the upcoming movie adaptation of The Hunger Games.  The film is due out March 23, 2012.

Variety has the news that Stanley Tucci has been cast as Caesar Flickerman, the flamboyant host of the games.

Frankly, I think both are brilliant casting picks.  What do you think?

Brett Ratner will be directing the live-action movie based on the popular 39 Clues series.  Steven Spielberg had been expected to direct back in 2008.  Ratner is the director of Rush Hour and X-Men: The Last Stand.

This inventive picture book begins by asking if readers can tell the difference between a dog, a cat and a bird.  The book goes on to explain the differences, such as a the dog lives outside during the day and the bird hates its cage.  But instead of an illustration of the animals, Boyer has replaced them with the word for the noise they make: woof, meow, and tweet-tweet.  The book continues showing the differences between the animals and eventually explores what happens when they meet each other, with great effect, lots of fighting and pouncing.  A word-filled elegant picture book that will have readers looking at the world in a new way.

Boyer’s text is brief, and matter-of-fact, allowing the attention to rest mainly on the illustrations themselves.  The art is filled with strong lines, graphic elements, and lots of color.  Even the choice of fonts for the three different animals says something about them.  Woof is done in a deep brown, thick font.  Meow is elegant and even slinky.  Tweet-tweet is narrow and light.  The words play beautifully against the background that is elegantly minimalist.

Boyer has created a book filled with wordplay that both children and adults will enjoy.  Appropriate for ages 4-6.

Fourteen picture book creators take on manners in this mash up of talent.  Each illustrator is given a double page spread to fill with their work as well as some advice on how to mind their manners.  There is a specific setting in each one, including school, birthday party, table manners, and the supermarket.  All of the illustrators approach manners with a light touch and plenty of humor, meaning that this is one manners book that children will actually enjoy!

One of the pleasures of the book is turning the page and discovering an entirely different style from a new illustrator.   The book includes illustrators like Bob Shea, Tedd Arnold, Lynn Munsinger, Sophie Blackall, and Adam Rex.   It keeps the book very fresh, as each illustrator works in their distinct and unique style.  The lists of manner rules are very silly, especially when they deal with the ultimate manner rule of no picking!

Manner books at libraries tend to come in sets of books and trend toward the preachy.  This is a fresh, funny look at manners that puts those to shame.  Make room on your library shelf for this one!  Appropriate for ages 5-8.

Reviewed from copy received from Dial Books for Young Readers.