Kaidu has moved to the City, a city with no name because every time it is invaded it gets a new name. For those who are native to the city, they survive by not getting involved and living their lives despite those who rule them. Kaidu is one of the Dao, the current occupiers of the City. He is training to be a warrior, hoping to get to know the man who is his father. Kaidu loves the City and finds himself exploring its streets alone despite the rules forbidding it. It is in the City that Kaidu meets Rat, a girl who can dash along the rooftops of the city, make amazing leaps across space, and who lives on the streets. The two become friends slowly, first with Rat training Kaidu to run while Kaidu brings her food. Soon the two unlikely friends must decide whose side they are on as war and murder approach them and the City they love.

Hicks is the author of Friends with Boys and Nothing Can Possibly Go Wrong, both wonderful graphic novels. In this new book, she moves into historical fantasy where she has created a city at the center of warring nations. The world building here is exceptional, the entire city feels vibrant and alive as the characters move through it. Readers get to feel the same wonder as Kaidu as they explore the city and see the amazing Hole in the Sky that leads in. Hicks has a great sense of timing in the book, allowing moments to stretch and grow while others rush past in bursts of adventure and action.

The art is gorgeous as well. The two main characters play against each other visually, both of their races different but not clearly defined. This is a very important piece of the story, a decision that makes the book work on an entirely different level. It’s smart and sophisticated building of a society on a visual level.

The first book in a new series, I look forward to seeing where these dynamic characters take us next. Appropriate for ages 9-12. 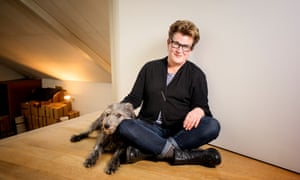 Meg Rosoff, the author of How I Live Now, has won the prestigious Astrid Lindgren Memorial Award with its £430,000 prize, the richest prize for children’s literature in the world. Nominees for the award come from around the world with 215 candidates this year from 59 countries.

“Each novel is a little masterpiece,” said chair of the jury Boel Westin. “She says so much in each of them. We’re looking for a writer with the humanistic values of Astrid Lindgren, and Meg Rosoff fulfils that criteria – she has respect for her protagonists and for her readers, she’s discussing how the world can change, but she also gives hope, which I think is important.”