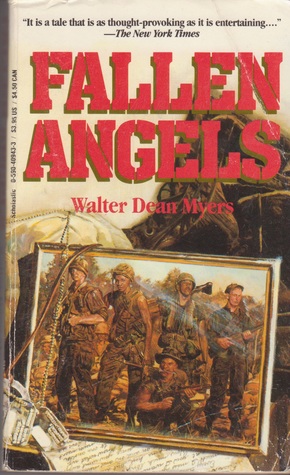 According to an announcement from Harper Collins, Walter Dean Myers has died at the age of 76 following a brief illness.  He is the author of more than 100 books for children and teens.  But most of all as we are starting to address diversity in children’s literature, his pioneering voice will be missed.  He wrote about African-American children and teens in a way that honored them deeply.  He will be missed on a vital level.

In library school back in the day, one of our required books in my YA Literature class was a Walter Dean Myers book, Fallen Angels.  It was a book I would never have read on my own because it deals with war and soldiers and I just don’t tend to read that sort of fiction.  But the quality of that writing kept me looking for all Walter Dean Myers books that followed.  He wrote with such humanity that it was impossible to turn away.

Thanks to Fuse #8 for the news.

Hooray for Hat! by Brian Won

Elephant wakes up very grumpy until he finds a present waiting for him on the doorstep and it has one amazing hat inside.  He puts it on and heads off to show Zebra, but Zebra is grumpy too, so Elephant gives Zebra one of his hats.  Soon they have helped Turtle and Owl be less grumpy too by sharing hats with them as well.  They came to Lion who was feeling sad and giving him a hat didn’t help because he was worried that Giraffe was feeling sick.  So they all came up with a great plan to help Giraffe feel better.  I bet you can guess that it involves…hats!

Won has created an entirely jolly book that shows just how small things can change a person’s mood or emotions.  The book is very simply written and repeats nicely as each animal is introduced.  This makes it a great pick for toddlers who will enjoy the repetition as well as the different animals in the book.  It is also a nice book to talk with the smallest children about feeling grumpy and also how important sharing things can be.

Won’s art focuses on the animals themselves with only touches of backgrounds or even ground around and underneath them.  The colors pop when the hats enter the pages, bright and vibrantly different, they are all a hoot.

Cheery and friendly, this book is a happy look at changing emotions and sharing good fortune.  Appropriate for ages 2-4.

The Troublemaker by Lauren Castillo

Told in the first person, this picture book is from the point of view of one bored little boy.  He and his stuffed raccoon decide to play pirates.  To do that you had to not only be sneaky but you also needed a prisoner, and his sister’s stuffed rabbit was quickly stolen and sent afloat in the lake.  The boy was scolded and the now damp bunny was returned to his angry sister.  The boy then spent time playing with his own toys, but soon his mother was asking if he’d taken the bunny again.  He hadn’t but no one believed him and then his stuffed animal went missing too!  It was a real mystery and now they had a real pirate on their hands.

Castillo takes a classic book of summer boredom and then picking on a sibling to a different and surprising place in this picture book.  Children who are paying attention will notice a furry face that appears on almost every page in the background, a lurking raccoon who seems to want to get involved or maybe is having his own dull afternoon and is looking for some fun.  This second little troublemaker adds a great amount of fun to the story.  Even better, having dealt with raccoons invading my house and stealing my son’s stuffed animals up into their attic den, this all rings completely true.

Castillo’s signature art style is on display here.  She manages to capture a timeless look on the page but also one that is modern and fresh.  The tinge of blue on the stuffed raccoon make sure that children will not mix up the real and stuffed animals.  The family’s home is well detailed, busy and filled with other natural touches.

A solid new title from Castillo that will work well for units or story times about pirates, siblings or raccoons.  Appropriate for ages 3-5.