This autobiographical picture book is about a young boy growing up in the Tremé neighborhood in New Orleans where music was a simple part of everyday life and was always in the air. Tony particularly loved the music and energy of Mardi Gras where he could see brass bands play every day. Troy first played an imaginary instrument and then found a broken trombone that didn’t sound perfect but at least it was something he could play. Troy started to teach himself to play the trombone, an instrument that was almost as tall as he was, which is how he got the nickname of Trombone Shorty. He even slept with his horn in his hands. When Troy gains the attention of Bo Diddley for his playing in the crowd at his concert, Trombone Shorty knows it’s time to form his own band. And he still has his own band today!

Andrews is a Grammy-nominated trombone player and runs the Trombone Shorty Foundation committed to preserving the musical heritage of New Orleans. Andrews writes like a master on these pages which read like music is in the air between them too, just like the air in New Orleans. He shows children how an inspiration to play an instrument can become a lifelong calling. He also shows exactly how music empowers people in a place, gives them strength, creates a united culture, and unifies them. It’s a narrative about the power of music.

Collier’s illustrations are strong and dynamic. He creates motion on the page with his collage illustrations with patterns and textures that weave together. His paintings are a zingy mix of softly rendered closeups filled with detail and personality and then images of people farther away that are rougher but add even more energy to the art.

An inspiring picture book filled with music and vivaciousness, this autobiography celebrates New Orleans and the music in its veins and in one boy specifically. Appropriate for ages 7-10.

Reviewed from copy received from Abrams. 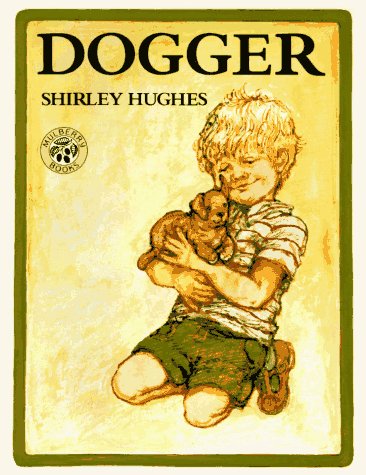 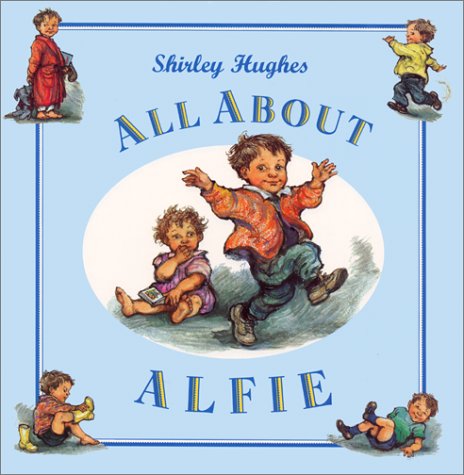 Shirley Hughes, the popular and prolific author of Dogger and the Alfie series, has won the inaugural Lifetime Achievement Award from Book Trust. She was presented with the award as part of Children’s Book Week.

From the Telegraph article:

Her characters are imprinted on the memories of two or three generations, a recognition of their enduring charm. Shirley continues to innovate and create, providing young children with a love of reading that we know will give them a great start in life.

We often hear about ‘national treasures’, but Shirley Hughes is up there with the best.