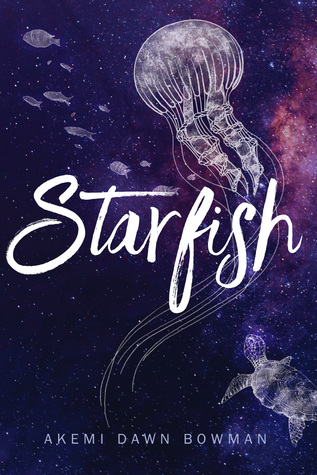 Kiko struggles to find her own voice in many ways. She can’t seem to be herself in crowds, even small ones. She certainly can’t tell her mother what she actually thinks, particularly when her mother lets her uncle return to their home after Kiko had accused him of molesting her as a child. It is only in her art that Kiko tells her own story and speaks the truth. She plans to finally get away from her mother by attending art school in New York City. When she doesn’t get in, Kiko is trapped in a life of seeing her molester in her home, being with her horrible mother, and seeing her best friend head off to school. That is when a childhood friend comes back into her life and she begins to see what a future filled with art and honesty looks like.

I read only the first few lines of this debut book and realized that I had tumbled into the world created by a very talented storyteller. It is a world of abusive mothers, where the abuse is emotional rather than physical. Bowman draws the abuse clearly and subtly, allowing readers to realize the depths of the damage along with Kiko herself as her mother not only fails to protect her but also hurts her directly. It is a world of art, where art pieces end each chapter, the image capturing the emotions that Kiko was just feeling with an accuracy that lets you see it before your eyes.

This is a book that explores being different, particularly Kiko, who is half Japanese and half Caucasian, looking different than her blonde mother. Her mother has specific cruelties related to Kiko’s appearance that are particularly awful. As Kiko begins to think for herself, readers will be able to start breathing along with her and see just how strong Kiko is as a young woman on her own.

A book that celebrates individuality, art and survival, this novel is fresh and deeply moving. Appropriate for ages 15-18.