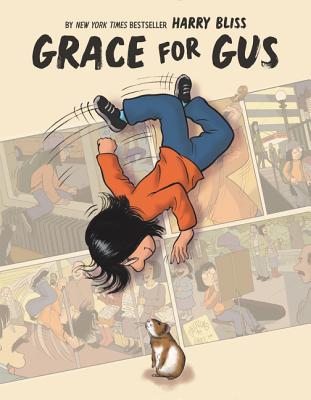 This is one delightful graphic novel picture book that is almost wordless, making it a great pick as an early graphic novel experience for little children. When Grace is told that the class will contribute to a fund to get their class pet, Gus, a new friend, she decides that she has to help. She heads home through an urban landscape, filled with nods to iconic New York people. Once her fathers are asleep, she heads out into the nighttime city and in one scene after another raises money uses her special talents, each of which is a nod to the vibrancy of arts in urban settings.

Lovers of New York and classic cartoons will have lots to spot in the illustrations. Even children who don’t know the references though will get the feeling of New York and its vibrancy from this graphic novel. The use of images to primarily tell the story invites children to fill in the tale themselves and makes the book all the more engaging and uplifting. An empowering read that makes the quiet child the hero and the star. Appropriate for ages 4-7. (Reviewed from library copy.) 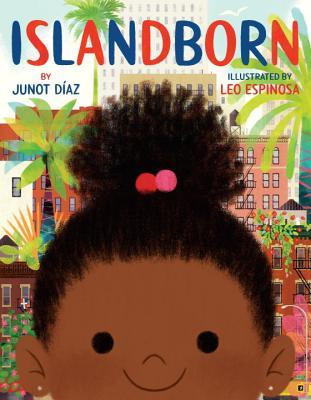 When Ms. Obi told Lola’s class that their assignment is to draw a picture of the country they are originally from, Lola is very worried. She doesn’t remember the Island at all, since her family left when she was only a baby. Ms. Obi suggests that Lola talk to others who might remember more. Soon Lola is speaking to lots of people in her neighborhood from the Island and they each have a favorite memory. For some it is the music, for others it’s the colorful homes, others miss the fruit. When Lola asks Mr. Mir about what he most remembers, he is gruff and won’t answer. Lola’s grandmother though wants Lola to try to ask him again, since Mr. Mir knows so much about the Island. What Mr. Mir tells Lola though is about a monster that came to the Island and was turned back only when heroes stood up to the darkness. It’s a history that Lola has never heard before, but is proud to include in her drawings of the place she was born.

Diaz’s text is rich and invites readers into visualizing the Island for themselves with its lush foliage, colorful homes, beautiful beaches and much more. The book depicts an urban neighborhood filled with echoes of the Island, a community built from the heroes who fought back. The illustrations are bright and cheery, filled with Lola’s imaginative take on what she is being told. Children may need more explanation about “the monster” if they are interested, but this book firmly celebrates resistance and standing up to those who would take your rights. Timely and important, this picture book celebrates where children came from and what it took to survive. Appropriate for ages 4-6. (Reviewed from ARC provided by Dial Books for Young Readers.) 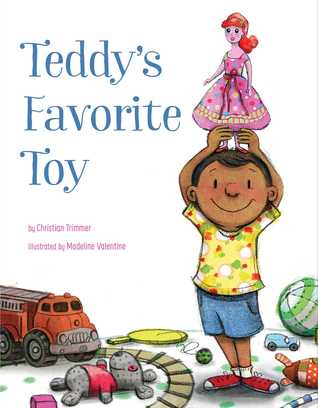 Teddy has lots of toys he likes, but only one favorite one: Bren-Da, the Warrior Queen of Pacifica. They have tea parties together and she has great manners. They fight battles together and she does a wonderful kick. She can dress up in different styles. But then one day, when Teddy is playing with her, Bren-Da’s leg snaps off. Teddy tries to fix her, but has to leave for school and he keeps her wrapped up in bandages until he can return. Unfortunately, Teddy’s mom cleans up his room and accidentally throws Bren-Da out with the trash. What can they do? It’s up to Teddy’s mom to become a Warrior Queen herself.

There are several book out there about children playing with toys that may be seen as unusual for their gender. This one though has a great twist and really is about far more than just playing with a doll as a little boy. Instead it’s also about heroism, favorite toys and the ability of a mom to become a hero. The book is told simply but without any bit of didacticism. The illustrations are bright and friendly, offering great moments of play that are then mirrored by the rescue mission. A great picture book that breaks gender stereotypes in more than one way. Appropriate for ages 3-5. (Reviewed from copy provided by Atheneum.)

The Bulletin for the Center for Children’s Books has announced their selections for the 2017 Blue Ribbons, their best-books-of-the-year list. The list ranges from picture books to nonfiction to YA novels. You can also see the list as a trifold to share with patrons, teachers or book-loving friends.