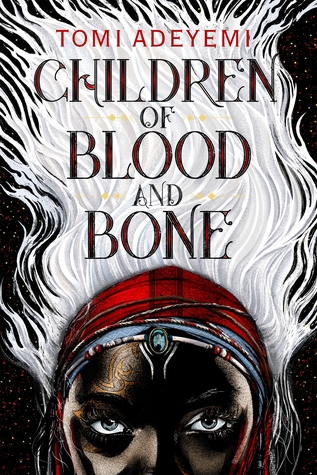 Zélie has spent most of her life training to fight with a staff, hoping that if her village is attacked again she will be able to defend herself. When she was a little girl, she watched her mother be dragged off and murdered. It was the night the world lost magic and she lost her mother. Now thanks to an accidental meeting with the realm’s princess who is on the run, Zélie has a chance to restore magic to the land. But first she must reunite three magic items together and evade capture by the crown prince who is hunting them down. Zélie must also figure out her own emerging magic just as the crown prince is discovering his own even as he works to destroy magic forever. Traveling through the land, Zélie finds unlikely allies, new enemies and tests the strength of an entire monarchy bent on stopping her.

What an amazing read this is! It is a world that no one has seen before, a world anchored by Black Lives Matter that will echo for fans of Black Panther. It is a book that is incredibly well written, incorporating elements of African culture directly into the fantasy world that is so beautifully rendered here. The world is one that is explored fully, from climbing mountains with surprise fields of flowers to surviving the dangers of the desert to the lush jungles that hide dangers. Throughout this world, there are flares of magic that illuminate the wonder and the possibility of a people refusing to be cowed any longer.

Zélie herself is an amazing protagonist. She is ferocious, loyal and strong. She takes on everything thrown at her, shouldering far more than her own share of every burden. She is inspiring, chosen by the gods and yet still learning to harness her powers. Adeyemi does not hold back in testing her young hero, creating scenes that are excruciating to read. Yet no one will be able to put this novel down until the end and then will crave the next book in the series immediately.

Powerful and strong, this magical read will soon be made into a movie. Appropriate for ages 14-18.