Pearl built three bird feeders for her backyard. She filled one with suet, one with seeds, and the third with nuts. But no birds wanted the nuts! Instead, she attracted a squirrel. The squirrel took all the nuts. Peal extended the pole for the feeder, but the squirrel just ran right up it. Then the feeder fell to the ground and broke. But Peal had a new plan, a network of obstacles to keep the squirrel at bay. But that too didn’t work as the squirrel bested each obstacle with ease. Pearl was very impressed and noticed that this was a mother squirrel caring for her kits. Now Pearl has a backyard of bird feeders plus one amazing squirrel obstacle course!

Playful in tone, this picture book shows the power and potential of invention even if it ends up being foiled by a squirrel. Children will love seeing a girl who invents things do something as dynamic and interesting as a squirrel obstacle course. Even better, the course elements make sense as objects you would find in a garage and repurpose.

The art is simple and inviting, showing both the serene backyard of Pearl’s home and also the wild antics of the squirrel. Pearl’s tenacity and trying to beat the squirrel is shown in the various ways she tries to keep the nuts out the the squirrel’s reach, wiggling and eventually toppling over.

This picture book takes nature plus STEM and invents something fresh. Appropriate for ages 4-6. 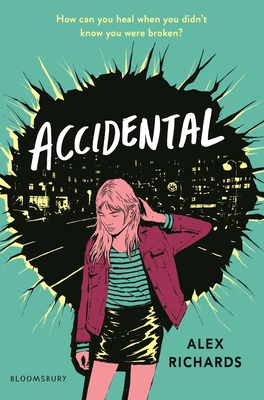 Johanna lives with her maternal grandparents after her mother’s tragic death in a car accident when Johanna was a toddler. Now at age sixteen, she is starting to resent how dull and stifling her life is. Even worse, her grandparents don’t have any pictures of her mother out and never speak about her. So when Johanna gets contacted by her father for the first time, she decides to meet with him. He shares pictures of her mother, who looks like just like Johanna. More importantly, he shares the truth of how Joanna’s mother died, something that her grandparents lied to her about. As a toddler, Johanna found a gun in the house and accidentally shot and killed her mother. Now Johanna must find a way to cope with her grandparents’ lies, her relationship with her father, and her newfound guilt and responsibility around her mother’s death.

This timely novel deals with gun violence from a unique and fascinating perspective, that of an unsecured gun left to be found by a child. The novel wrestles with responsibility for the tragedy as well as the importance of truth to allow families to heal. Richards gives Johanna a robust support system that gives Johanna and the reader hope to move forward through the situation. The strain of discovering her own role in the tragedy is made worse by it being discovered by everyone at her school and online bullying.

Johanna is a strong and resilient protagonist navigating one of the most terrible situations. Richards doesn’t let up, putting her character through horrible times in the novel, revealing who truly loves her in the end but also showing Johanna’s incredible tenacity and growth along the way.

A gripping look at gun violence that is ultimately full of hope. Appropriate for ages 14-18.