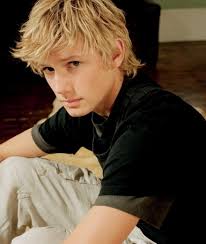 Looks like Pettyfer may be building on his teen novel heart-throb career.  He’s already appeared in both Beastly and I Am Number Four.  Now he is under consideration for Peeta in The Hunger Games.

So what do you think?  Is he Peeta to you?

Thanks to /Film for the information.

Madeline is in rehab at Spring Meadows.  She has been moved to the halfway house where they are allowed to go to a movie once a week.  What starts as a protest and a joke, becomes a habit for Madeline even after her only friend at rehab leaves.  She meets Stewart there, a gorgeous boy who is also at the halfway homes.  The two of them connect immediately and even though there are strict rules about associating with the opposite sex, they manage to start a relationship.  Madeline leaves rehab to continue high school, leaving Stewart to finish his time in rehab.  Now the question is whether their relationship live without the intensity of rehab and in the cold light of real life.

Nelson has captured the intriguing mix of boredom and intensity of rehab.  He explores addiction and recovery with an unflinching honesty that forces readers to see the reality of the situation.  Through his two main characters of Madeline and Stewart, readers can see the different paths that recovery can take.

I don’t want to make this seem like a clinical look at recovery.  Rather, it is filled with emotions and connections and failures and humanity.  It is that humanity that makes the truth so brutal at times.  Madeline is a great protagonist: a person who has made many mistakes but is striving to fix their impact on her future.

One quibble I have about the book is the sudden change of Madeline’s opinion about going to college after high school.  While it is a choice that makes perfect sense, her rapid change of a strong opinion happened a bit too quickly for me.  I found myself thinking about how it would have made much more sense delayed by a chapter or two as Madeline continued to grow and learn.

This is a superior book about addiction and recovery that is honest and human.  Appropriate for ages 14-18.

Reviewed from ARC received from Scholastic.

Lemonade and Other Poems Squeezed from a Single Word by Bob Raczka, illustrated by Nancy Doniger

Poetry combines with puzzles and playfulness in this book.  Raczka takes the letters from one word and creates a poem that relates to that word.  Interestingly, the letters are always shown in the order that they appear in the original word, which makes for a fun time unraveling the words in the poem.  If you don’t want to puzzle or wonder if you got the poem right, you can always turn the page and see it written in a more traditional format.

Doniger’s illustrations are simple, modern and offer just the right amount of visual interest without detracting at all from the poems themselves.  The color palette is limited to reds, blacks and grays that make for subtle and friendly support for the text.

Highly recommended, this book will encourage children to try this format for themselves and look at words in a playful way.  Appropriate for ages 8-12.