When I was a kid, my mother read us The Hobbit at breakfast to keep my brothers and me from fighting while waiting for the bus.  It wasn’t the only book read, Watership Down was also enjoyed.  But I think it was the book we read most often.

Now the LA Times has the news that there was a potential for Maurice Sendak to have illustrated The Hobbit in the 1960s.

As I look at the incredible image above, I think about what a missed opportunity this partnership of two greats was.  I only wish I could have seen more of the illustrations, because we all would have immediately switched our mental images of Bilbo and friends to Sendak’s. 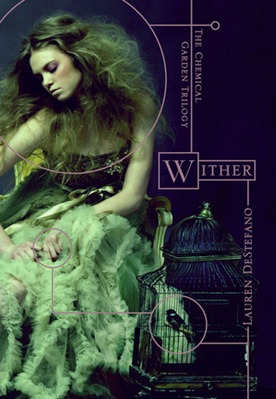 In future America thanks to genetic manipulation that went wrong, people have a very short and specific lifetime.  Women live until they are 20, men until they are 25.  Society has collapsed with science turning toward trying to save the human race.  In this world, girls are stolen from the streets and kidnapped to become wives and keep the population up.  Rhine is a girl who is taken and survives the selection process.  Now she is forced into a polygamous marriage to a very wealthy man.  She is trapped with her sister wives in a mansion; her cage is beautiful and sumptuous but it is still a cage.  Rhine tries to think only of her escape, but it is made difficult as she begins to form relationships with her fellow prisoners, a handsome servant, and her husband.  This book explores uncertainty, love, desperation and strength.

DeStefano’s writing is what elevates this book above other dystopian fantasies.  Her phrasing is subtle and natural, occasionally turning poetic to make a stronger point or present an important event.  Her plotting is masterful.  In a book where much of the time is spent waiting for action, the story never lags or disappoints.  It is a book of quiet desperation not only for Rhine but for the entire society.

The world building here is particularly exquisite.  There is just enough of the science background given to make the story work.  The real beauty is in the exploration of the effects of the situation, the revealing of a society in decay, the division of wealth and poverty, the allure of a life at ease in a world like this.  It all adds up to a very powerful statement about our current society.

The characterizations are also beautifully done.  From Rhine, the brave heroine who tells the story in first person present tense, allowing readers to figure out what is happening right along with her.  The sister wives are as different from one another as can be, each of them unique and human, each a character worthy of her own book.  Then there is the complexity of the husband, Linden, a man who could have been portrayed as a monster.  Instead he is a man with a background that formed him, a love for others, and who is haunted by loss.

Ideal for fans of dystopian science fiction, this unique book will have readers unable to put it down and begging to know when the next book in the series is coming out.  Appropriate for ages 15-18. 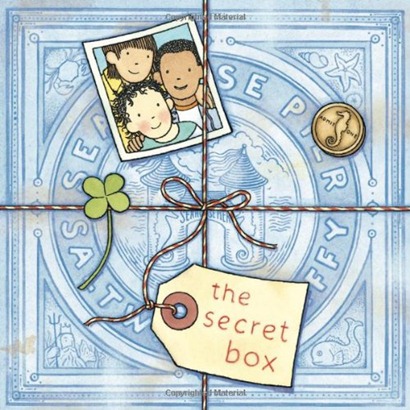 The Secret Box by Barbara Lehman

Lehman continues her wordless books with this treasure of a title.  Years ago, during the times of steam trains and horse-drawn carriages, a boy hides a box under the floorboards of a house.  Other buildings are built around that house, as the city grows.  Cars and a modern train show that time has passed.  Three children head to the high floor and discover the hidden box.  In the box are directions to the Seahorse Pier.  The children have to find the old landmarks that are almost hidden in the modern city.  They follow the map to the Seahorse Pier and to a surprise waiting for them at the end of their adventure.

Lehman’s books are delightful adventures, allowing readers to take travels along with the characters in the books.  Readers also get to puzzle out what is happening, as the book takes turns and twists like any great adventure should.  Told entirely through illustrations, the story is delicate yet strong.  Lehman uses a deft hand in this book, balancing the book exquisitely.

Although this is a wordless story, it will work best for slightly older preschoolers because the stories are not as straight forward as most wordless books.  Because of that, I see them as ideal picks for children having difficulty with reading.

Highly recommended, this book will be enjoyed by fans of Lehman’s previous work and will find new fans as well.  Appropriate for ages 4-6.