The Unfinished Life of Addison Stone by Adele Griffin

A unique and blazing novel of the life and death of a young artist, this novel for teens brilliantly captures the rise and fall of a legend.  Even as a little girl, Addison was a gifted artist who impressed teachers and won contests.  As she grew into a teenager, her family life grew more complicated and her mental health more fragile.  Addison began to hear voices, particularly a young woman named Ida who was a ghost in her grandparent’s home.  But Ida would not let go of Addison, even when she returned home and Addison was eventually hospitalized and treated for schizophrenia.  Through it all though, Addison created art, art good enough to get her noticed in a city like New York where she moved after high school.  Addison had “it” that combination of charisma and talent that quickly got her noticed.  It got her an agent, rich boyfriends, friends in the art world, and moved her further into chaos.  But in the end, the question is what killed her?  Which of her boyfriends took her life as she created a final work of art?

This piece of fiction is stupendous.  It reads so realistically that one might even begin to search Addison’s name of Google to see more of her work or watch the video of her swinging on the chandelier.  The use of photographs is brilliant.  Weaving Addison firmly into the story through art and photos.  The art is also a fascinating component.  Meant to be worthy of attention from the biggest galleries in the world, the art is luminous on the page, and bravely done.  It forms a short lifetime of work, showing in a way that words could not the talent that was lost.

Griffin uses a structure of interviews with those who knew Addison.  This includes her parents, her friends from high school, boy friends, art critics, and many more.  Done any other way, this book would not have worked.  Written with such skill, the interviews are elegantly done, never taking a straight look at Addison, but instead a wonderful wandering one that is typical of documentaries.  It also works because we get to see Addison through other characters’ eyes, through the lenses of love, envy, desire.  In the end the different voices create a death chorus for Addison, sung in a beautiful harmony.

Wow, just wow.  This is an incredible work of fiction where the author captures just the right tone and format to take fiction to a new level and create reality fiction in a new and amazing way.  Appropriate for ages 15-18.

Every Saturday, the residents of one apartment building spend the day smelling marvelous smells drifting down from the 5th floor.  And every Saturday evening, everyone gathers on the 5th floor for Goldie’s cholent, a traditional Jewish stew.  But then one Saturday, there was no wonderful smell and when little Lali Omar went up the stairs, she found that Goldie was too sick to get the cholent cooking and it was too late to start the slow-cooking stew.  All is not lost though, as the neighbors look through their own pantries and refrigerators and create a Saturday meal that is not cholent but has many of the same ingredients incorporated into foods from their own personal heritages.  There is Korean barley tea, tomato pizza, potato curry, and beans and rice.

Rockliff’s Shabbat tale is an amazingly diverse story.  While it follows Jewish traditions in the beginning, including Goldie sharing memories as a little girl of Shabbat with her extended family, the magic comes when Goldie gets ill.  Not only does the reader quickly realize how important this shared meal and time is for the entire building, but suddenly the heritage of each person is shown through their food.  It’s a clever way to show community and diversity in a single situation.

Brooker’s illustrations combine cut paper art with rich thick paint.  The result is the same winning combination of dishes served at the community Shabbat table.  The different textures and colors come together to be something more than their individual parts, creating a dynamic world.

Celebrating community, this book shows how diverse people can come together in friendship and harmony to save the day.  Appropriate for ages 4-6.

The shortlist for the 2014 Guardian Children’s Fiction Award has been announced.  Here is my favorite quote about the books from the article in The Guardian:

Carnegie and Guardian children’s ficiton prize winner Frank Cottrell Boyce sums it up: “We have space and squirrels, secrets and fantasies – a list of amazing diversity and exuberant invention”.

And here is the shortlist: 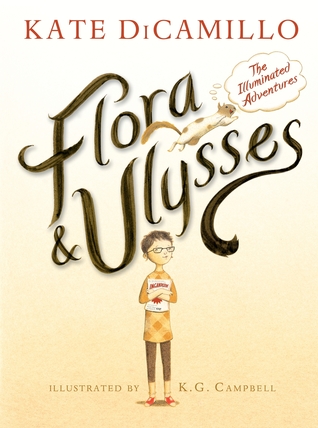 The Dark Wild by Pier Torday 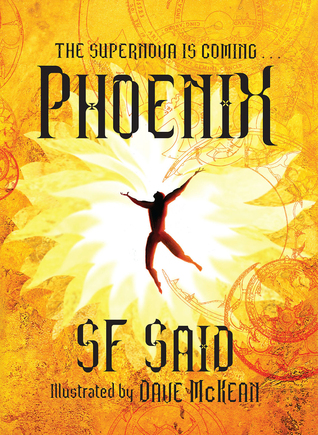 We Were Liars by E. Lockhart