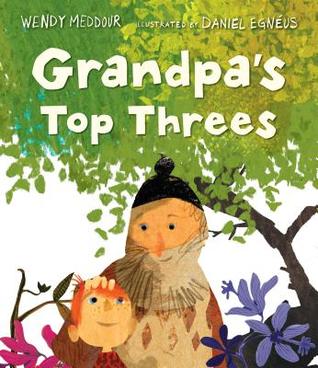 Meddour’s story is one of a grieving man who was turning away from his family and then his grandson invites him to return to the world and find joy again. The process is slow and steady, Meddour doesn’t rush it at all, allowing it play out naturally on the page. The relationship between grandfather and grandson is shown as vital and life-changing, with the child taking steps to really impact his grandfather’s life for the better.

Egneus’ illustrations glow with an inner light. The bright red hair of Henry and the bushy beard of the grandfather offer a wonderful play against one another on the page. The images echo the text with their focus on connection to one another.

Full of lots of emotion, this one may bring tears to your eyes. Appropriate for ages 4-6.