/Film has the news that Anne McCaffrey’s first Dragonriders of Pern novel is being adapted for a film.  The adaptation is being done by David Hayter, X-Men and Watchmen screenwriter.

And the screaming begins in my skull.  I adore the world that Anne McCaffrey created in her novels and worry rather frantically how freaking bad this movie version could be.

The latest in the Busy Book series from Tricycle Press, this book features wonderfully crisp and clear photos of elephants.  Nicely, the photographs are also dynamic with elephants of different sizes interacting, running, splashing and blowing.  Get this into the hands of the smallest animal lovers.

A third board book from the pair who gave us Mommy Calls Me Monkeypants and Daddy Calls Me Doodlebug.  The book moves through human and animal grandparents interacting with their grandchild and calling them a variety of suitable endearments.  This is an adorable concept that continues to work well due to the sweet illustrations and sentiments inside.

The Little Composter by Jan Gerardi

This lift-the-flap board book not only promotes composting but has an intriguing premise where the flaps conceal the remains of the eaten food.  A jaunty rhyme moves the book forward to the end where the worms start to do their work and the garden work begins.

All books reviewed from copies received from Random House.

Where She Went by Gayle Forman

The sequel to If I Stay tells the story of what happened in the three years since the accident that killed Mia’s family and left her choosing between life and death.  The three years since Mia headed to Julliard and left Adam behind, completely.  Now Adam is a rock star living in LA, riding on the fame that his songs of heartbreak and anger created.  Songs that were inspired by his loss of Mia.  But the life of a rock star is not working out well for Adam.  He has to take medication to calm himself down, is no longer traveling or living with his band, and worries that he may have to leave music behind entirely.  In one final evening before he leaves on a long tour, the impossible happens and he meets up with Mia at one of her concerts.  The two of them explore Mia’s New York, and explore the accident and devastation that caused them to pull apart.

This sequel is just as beautifully written as the first book.  Forman excels at exploring emotion, writing it in such a way that it causes readers to feel it inside their own skin.  Without overwriting at all, Forman creates a lyrical and sparking prose that rings with truth and feelings.  In this second book, she explores betrayal, abandonment, grief and success.

The characters have nicely grown since the first book, showing that the three years have changed them but not enough to leave readers behind.  These young adults bear the scars of their previous relationship, scars that imprint so many of their choices and reactions.  And then we have the city of New York, which is almost a character herself.  The background to the reunion that serves as action and adventure for the characters.

A compelling, surprising and haunting sequel.  This is one that fans of If I Stay will be satisfied and enthralled by.  Appropriate for ages 16-18.

Check out the book trailer:

Here are the short lists for the 2011 CBCA Book  of the Year.  There are five different categories:

About a Girl by Joanne Horniman

The Life of a Teenage Body-Snatcher by Doug MacLeod

The Piper’s Son by Melina Marchetta (available in US)

Duck for a Day by Meg McKinlay, illustrated by Leila Rudge

The Red Wind by Isobelle Carmody

The Deep End by Ursula Dubosarsky, illustrated by Mitch Vane

Look See, Look at Me! by Leonie Norrington, illustrated by Dee Huxley

Maudie and Bear by Jan Ormerod, illustrated by Freya Blackwood

Noni the Pony by Alison Lester 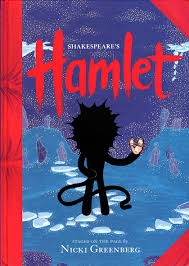 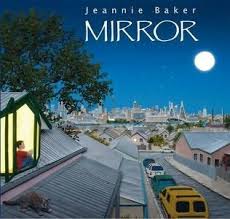 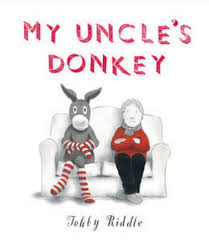 My Uncle’s Donkey by Tohby Riddle

Two Peas in a Pod by Chris McKimmie

Why I Love Australia by Bronwyn Bancroft

Drawn from the Heart: A Memoir by Ron Brooks

Return of the Word Spy by Ursula Dubosarsky, illustrated by Tohby Riddle

Zero Hour: The Anzacs on the Western Front by Leon Davidson