Explore and celebrate the seasons in this lovely picture book.  A little girl moves through the seasons, seeing each one through the changes in nature that occur.  She experiences them with all of her senses:  seeing the green of spring, smelling the tomatoes, basil, verbena and mint in the garden in summer, tasting the blackberries in fall, and feeling the cold of snow in winter.  This is a book that reminds all of us to treasure the time we currently in, to slow down and notice the seasons, to savor the tastes and smells around us.

Crausaz’s text is spare and poetic, allowing readers to experience the moments in the book without any excess words.  A few sentences per page at most, the book takes readers through a sensory journey where they too can remember the colors, smells, tastes, sounds and feels of each season.

Her art is equally simple.  Using only a few lines to denote facial features, the illustrations are done in bright colors that play well against each other.  The horizon is done in colored bands, the sky and clouds in other colors, trees and leaves play against that background.  It is a stylized and very successful look for a picture book.

While the seasonal picture book shelf can get crowded, this fresh, poetic book should find a place there.  Appropriate for ages 3-5. 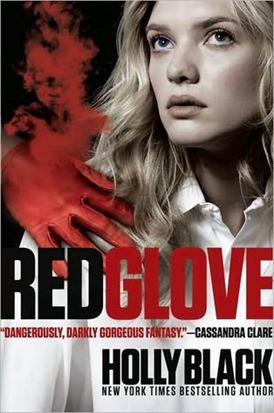 This second book in The Curse Workers series continues the story of Cassel Sharpe.  Cassel was born into a family of curse working con artists and mobsters.  Cassel had always thought he was the only of his brothers without any curse working talent, but as he discovered in the first novel in the series, his memories were being manipulated by his brother, Barron, so that he forgot his unusual power and that he killed with it.  Now Cassel knows that he is one of the most powerful curse workers in the world.  When Cassel’s oldest brother, Philip, is murdered, the feds come to Cassel for some answers, but the problem is that Cassel cannot remember the truth about what happened with his brothers.  Now he is under pressure to provide some information to the feds.  At the same time, he is going to high school and trying not to take advantage of the fact that the girl he loves has been cursed to love him.  Plus there is at least one mob family eager to have Cassel start working for them.  The only way to proceed is to weigh the pros and CONS.

This is a worthy second book in the series with Cassel continuing his struggle with his mobster family, his own role in their business, and his personal history.  Cassel is a very intriguing protagonist with his tough exterior but loyalty and strong sense of right and wrong, though it may not be the same right and wrong as the reader’s.  His view of the world is evolving yet very consistent and strong, which is a large part of why this book and series work so well.

Along with the strong characterization, the book has plenty of action, cons, humor, and puzzles to figure out.  Nothing is ever as it appears at first in this book filled with con artists.  The big question here is who killed Cassel’s brother, but that pales compared to the puzzle of his own life and family.  There is a great richness to the world that Black has created, enough richness to leave on wondering what is coming next at almost every point in the book.

Beautifully crafted, well written, with compelling, funny characters, this book is a must-read for fans of the series and a must-have for any library serving teens.  Appropriate for ages 14+.