Here are the winners of the 2018 Eisner Awards which are given to the best books in comics and graphic novels. I’m focusing on the awards for young people’s categories, but here is a list of the full award winners.

BEST PUBLICATION FOR EARLY READERS (up to age 8) 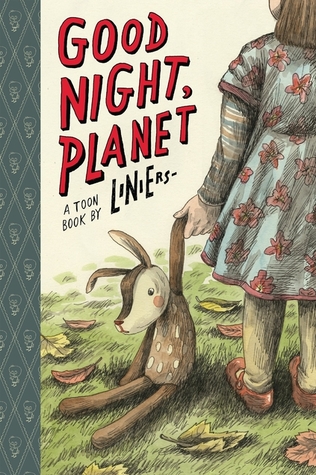 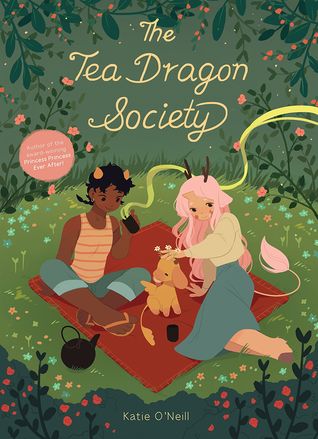 Della knows what it looks like when her mother gets worse, like when she had to be hospitalized four years ago and Della didn’t see her for months. So when she finds her mother digging every seed out of a watermelon to keep Della and her baby sister safe, Della knows that it’s up to her to help. She tries getting some healing honey from the magical Bee Lady, but the Bee Lady tells her that the fix may be more about Della than her mother’s brain. So Della decides to become the model daughter to give her mother’s brain a rest. That’s hard on their working produce farm where a drought is damaging the crops. Soon Della is struggling with the oppressive heat of the summer, trying to keep her baby sister under control, harvesting produce, manning the farm stall, and helping her mother too. When it all becomes too much, Della decides she has to leave to help her mother, which puts her on the path to realizing that she has to accept her mother and empathize before she can help at all.

This is Baldwin’s debut novel and it’s a great summer read. She has created quite a pressure cooker of a summer for Della where everything seems to be in crisis or falling apart and everything is entirely out of Della’s control. The high heat adds steam, the troublesome but lovable little sister adds humor but problems, and the drought adds financial pressures for the whole family to muddle through. Della throughout is clearly a child who takes responsibility for things, worries a lot and is trying to learn. She is entirely human, making mistakes along the way.

The focus of the book is on Della’s mother and her struggles with schizophrenia. Her refusal to take her medication any longer precipitates her more symptoms worsening. As her father tries to convince her mother to make different choices, Della gets angry with her father for his unwillingness to force her mother to do something. Her father demonstrates exactly what Della needs to learn, empathy and compassion for her mother and allowing her the space to make her own decisions about her life. This perspective is often lost in novels for young people about mental illness and it’s a pleasure to see it so clearly shown here.

A great book about mental health in families, this is a great pick for summer reading. Appropriate for ages 9-12.

(Reviewed from copy provided by HarperCollins.)