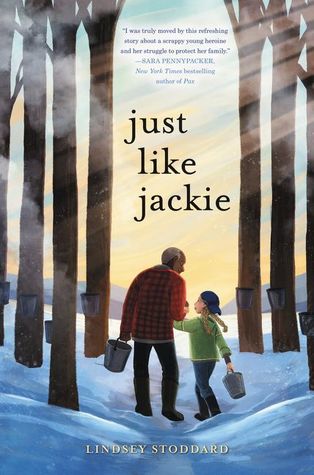 Robinson tries to behave in school so that her grandfather doesn’t have to leave his work at the garage and come to the office. She worries that the principal and teachers will notice that his memory is not that good anymore, particularly in the afternoon. But when the class bully won’t leave her alone, Robinson speaks with her fists and lands in trouble. Assigned to a special group that meets in the school counselor’s room, Robbie has to figure out whether she can trust the others. To make it harder, one of them is the bully whose been tormenting her. As Robbie’s grandfather’s memory gets worse, Robbie knows that she has to keep her secrets from everyone, until that becomes impossible.

In this debut book by Stoddard, she writes with a great confidence, allowing Robbie and her unique family to reveal themselves to the reader. The writing is strong, showing complicated relationships, a loving family and a school that steps up to help children in need. Stoddard deftly shows how assignments like a family tree can be daunting to a number of children whether they are dealing with a dying parent, an impossible older sister, divorce or a lack of knowledge.

Robbie is an important protagonist. It is great to see a young female character having to deal with anger issues that she resolves at first by hitting others. The solution to her anger and fear is slow and steady, with set backs along the way, making it a very organic and honest depiction. Robbie also doesn’t look like her grandfather, since she doesn’t appear to be African American, another aspect of the book that is handled with sensitivity.

A brilliant debut novel with changing families, lots of maple syrup but one that isn’t too sweet either. Appropriate for ages 9-12. (Reviewed from copy provided by HarperCollins.)