Each year the Association for Library Service to Children (ALSC), a division of the American Library Association, selects the best children’s books. Here is the selected list for Middle Readers, grades 3-5, ages 8-10:

Abraham Lincoln & Frederick Douglass: The Story Behind an American Friendship by Russell Freedman

Bear Has a Story to Tell by Philip Christian Stead, illustrated by Erin E. Stead

The Beetle Book by Steve Jenkins

A Black Hole Is Not a Hole by Carolyn Cinami DeCristofano, illustrated by Michael Carroll

Bomb: The Race to Build – and Steal – the Worlds’ Most Dangerous Weapon by Steve Sheinkin

Brothers at Bat: The True Story of an Amazing All-Brother Baseball Team by Audrey Vernick, illustrated by Steven Salerno

Each Kindness by Jacqueline Woodson, illustrated by E. B. Lewis

Electric Ben: The Amazing Life and Times of Benjamin Franklin by Robert Byrd

George Bellows: Painter with a Punch! by Robert Burleigh

Iceberg Right Ahead!: The Tragedy of the Titanic by Stephanie Sammartino McPherson

In a Glass Grimmly by Adam Gidwitz

Island: A Story of the Galapagos by Jason Chin

Lulu and the Duck in the Park by Hilary McKay, illustrated by Priscilla Lamont

May B. by Caroline Starr Rose

Mighty Mars Rovers: The Incredible Adventures of Spirit and Opportunity by Elizabeth Rusch

Moonbird: A Year on the Wind with the Great Survivor B95 by Phillip M. Hoose

The One and Only Ivan by Katherine Applegate, illustrated by Patricia Castelao

Starry River of the Sky by Grace Lin

Titanic: Voices from the Disaster by Deborah Hopkinson

Unspoken: A Story from the Underground Railroad by Henry Cole

One of my favorite title lists each year is the Quick Picks list that selects book specifically to get reluctant teen readers actually reading.  Therefore these are books that are really those that are sure to get picked up off the shelves.  The 2013 list has 65 titles and three series.  The first books listed below are the top ten picks and then the rest of the list follows:

Beneath a Meth Moon by Jacqueline Woodson

I Hunt Killers by Barry Lyga

The Night She Disappeared by April Henry

The Pregnancy Project: A Memoir by Gaby Rodriguez and Jenna Glatzer

This Is Not a Test by Courtney Summer

Unchained by L. B. Tillit 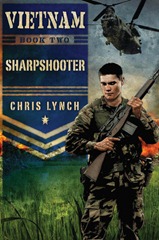 The Catch by Rick Jasper

Dead to You by Lisa McMann

Diary of a Wimpy Kid: The Third Wheel by Jeff Kinney

The Final Four by Paul Volponi

Forced Out by Gene Fehler

Girl of Nighmares by Kendare Blake

The Hunt by Andrew Fukuda

Island of Thieves by John Lacey 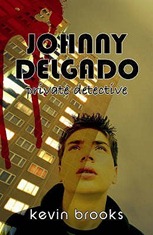 Me and Earl and the Dying Girl by Jesse Andrews

A Midsummer’s Nightmare by Kody Keplinger

My Sister’s Stalker by Nancy Springer

No Safety in Numbers by Dayna Lorentz

Olympians: Hades: Lord of the Dead by George O’Connor

Out of Control by Rick Jasper

The Paranormalist series by Megan Atwood

The Prospect by Jason Glaser

Pushing the Limits by Katie McGarry

The Raft by S. A. Bodeen

Tap Out by Eric Devine

This Is Not a Drill by Beck McDowell

Way to Go by Tom Ryan

Alien Investigation: Searching for the Truth about UFOs and Aliens by Kelly Milner Halls

Angry Birds Space: A Furious Flight to the Final Frontier by Amy Briggs

Diary of a Creepy-Ass Doll by Stacey Leigh Brooks

I Am a SEAL Team Six Warrior: Memoirs of an American Soldier by Howard E. Wasdin and Stephen Templin

Juvenile in Justice by Richard Ross

K Is for Knifeball: An Alphabet of Terrible Advice by Jory John and Avery Monsen

My Friend Dahmer by Derf Backderf

The Science of Soldiers by Lucia Raatma

Seventeen Ultimate Guide to Beauty: The Best Hair, Skin, Nails and Makeup Ideas for You by Ann Shoket

The Ultimate Survival Manual: 333 Skills That Will Get You Out Alive by Rich Johnson

What Do You Want to Do Before You Die? by Ben Nimtin, Dave Lingwood, Duncan Penn and Jonnie Penn